Who Is Marc Warren: Marc Warren is an English actor who is most known for his roles on British television. His film roles have included Albert Blithe in Band of Brothers, Danny Blue in Hustle, Dougie Raymond in The Vice, Dominic Foy in the State of Play, Rick in Mad Dogs, the Comte de Rochefort in The Musketeers, and the Gentleman in Jonathan Strange & Mr. Norrell. He has also appeared in a number of television shows and films.

Warren had his stage debut in Stags and Hens at the Northampton Theatre Royal in May 1986, and he has since continued to perform professionally. Warren has a long history of working in the entertainment industry, including cinema, television, theatre, and radio. He was a member of the National Youth Theatre and received acting training at the East 15 Acting School in New York City (although he did not graduate).

He appeared as Billy Casper in Kes, directed by John Herriman for the Snap Theatre Company, which was performed at the Birmingham Rep studio (as well as on their UK small scale and schools tour). His acting career was furthered with a role in a 1988 production of Godspell, which he was cast in after writing a letter to the producers.

Warren remained unrepresented until the following year. In 1991, he appeared in a performance of The Seven Descents of Myrtle at the Redgrave Theatre in Farnham, where he portrayed the role of Lot.

His first major film break came in the form of the 1992 BBC film An Ungentlemanly Act, in which he played Tony Hunt, which was released in theatres. On British television, he starred as Dougie Raymond in the series The Vice, and on HBO, he played Albert Blithe in the miniseries Band of Brothers. His first recurring television role was in Grange Hill, which he played for three seasons. Warren appeared in the film Boston Kickout, which was released in 1995. In 1996, Warren appeared as Immortal Morgan D’Estaing in the season four episode “Double Jeopardy” of the television series Highlander. Warren worked on the construction of digital storyboards for Star Wars: Episode I – The Phantom Menace (as a stand-in for Ewan McGregor) as a storyboard artist.

The Royal Television Society honored him with a prize for his performance as Monks in the ITV production of Oliver Twist in the year 2000. In 2001, he had an appearance as Mac, the husband of Katie, in the television drama Men Only (Esther Hall).

In 2002, he starred as Dr. Ivo Steadman in No Night Is Too Long, a British film based on the novel of the same name, which won him an Academy Award. In the 2003 BBC television series State of Play, he played the role of Dominic Foy, a significant supporting character. During the first four seasons of the BBC television series Hustle, he portrayed Danny Blue (the series’ main character).

In the Doctor Who episode “Love & Monsters” from June 2006, he appeared as Elton Pope, a character he created.

In December 2006, he made his television debut as the psychotic assassin Mr. Teatime in Sky1’s adaptation of Terry Pratchett’s novel Hogfather. His role as Count Dracula in the new production of Bram Stoker’s classic novel, which was created by ITV Productions for BBC Wales, was also released in the same month. A total of 5.23 million people watched the television movie, which aired in December. 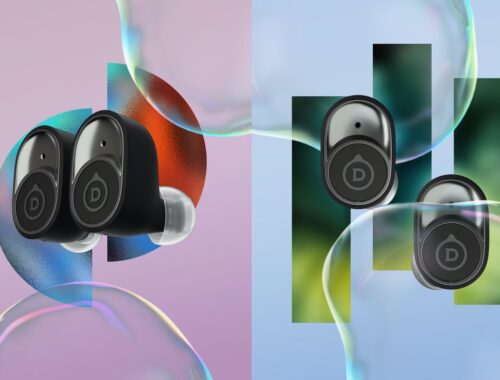